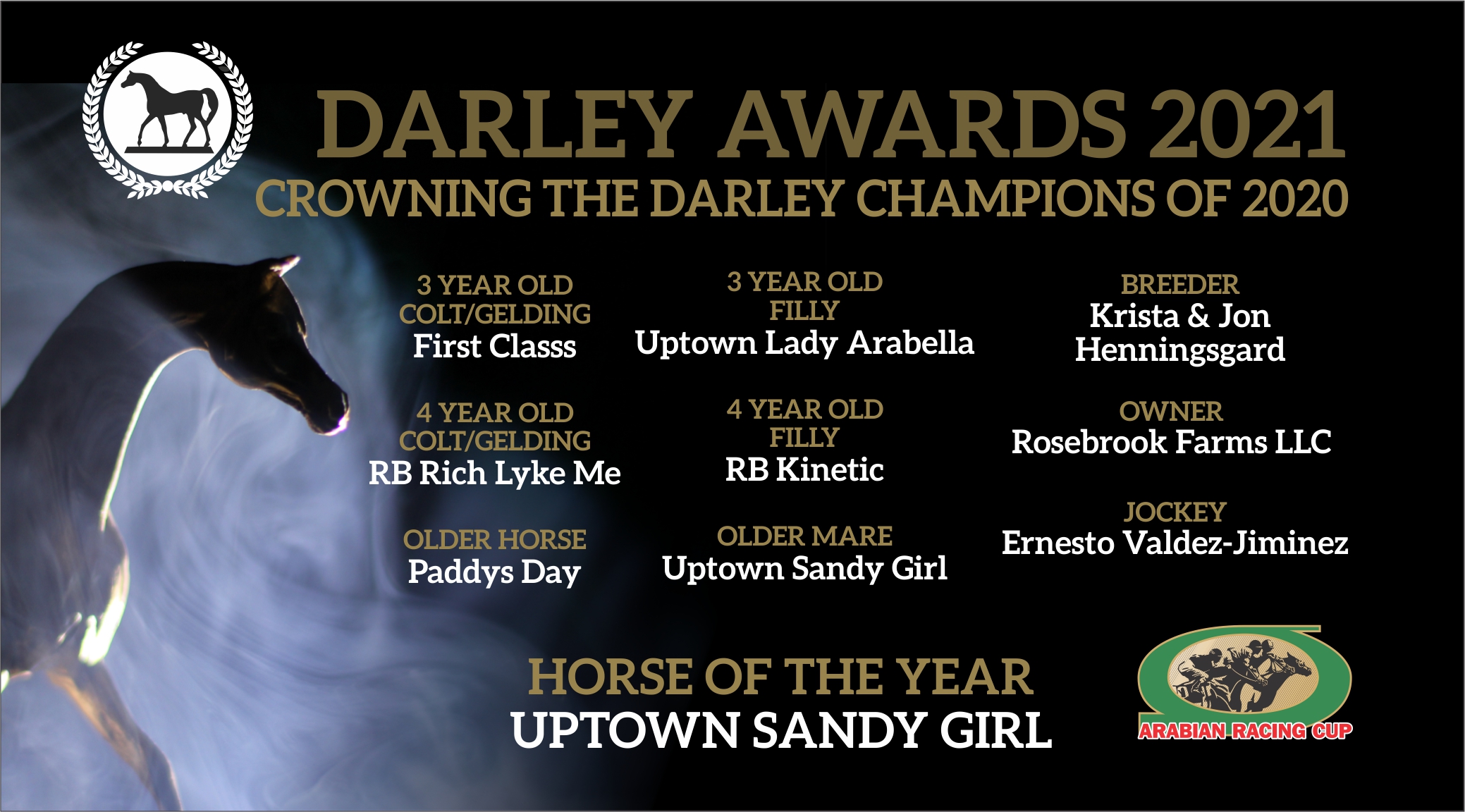 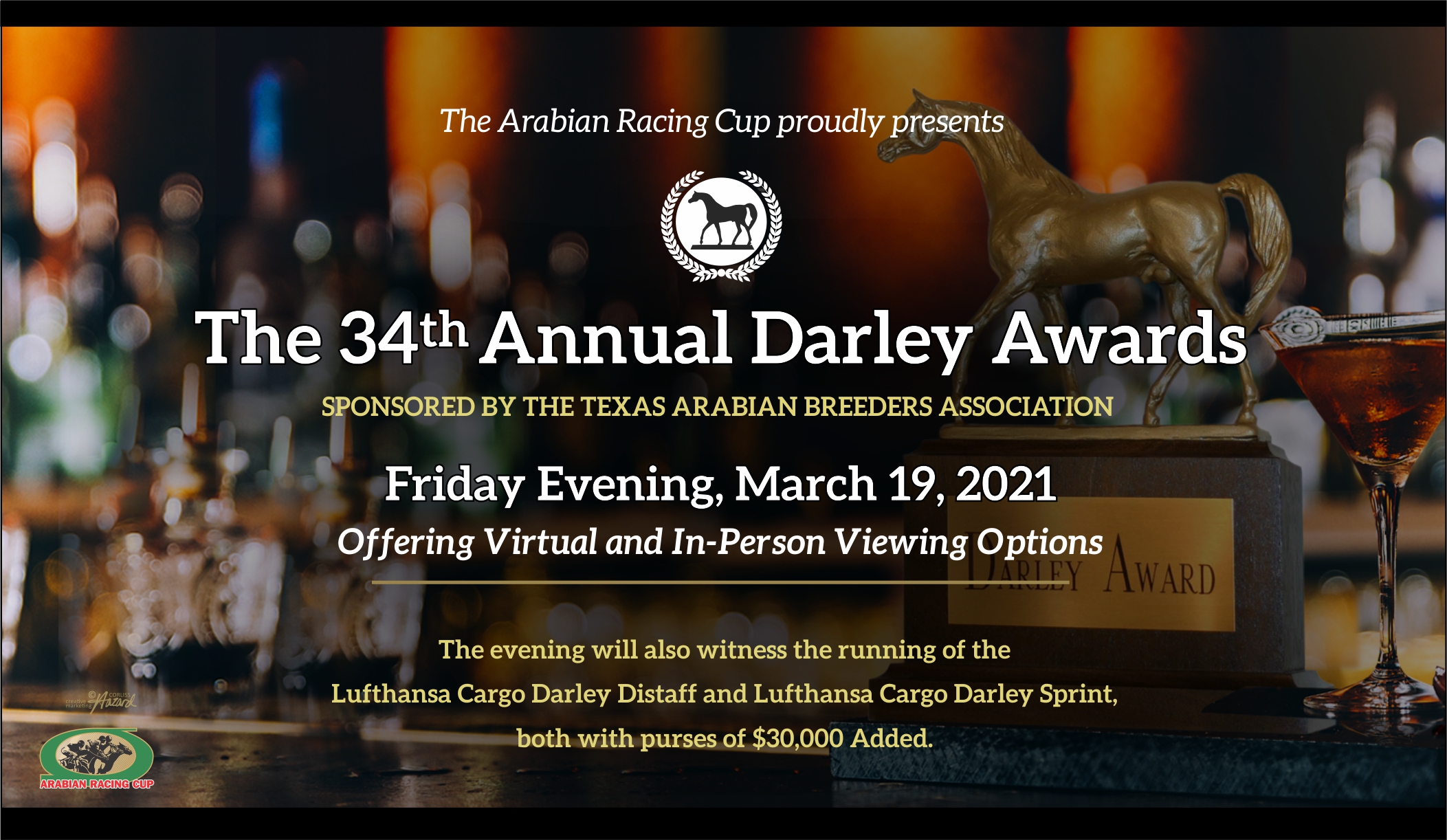 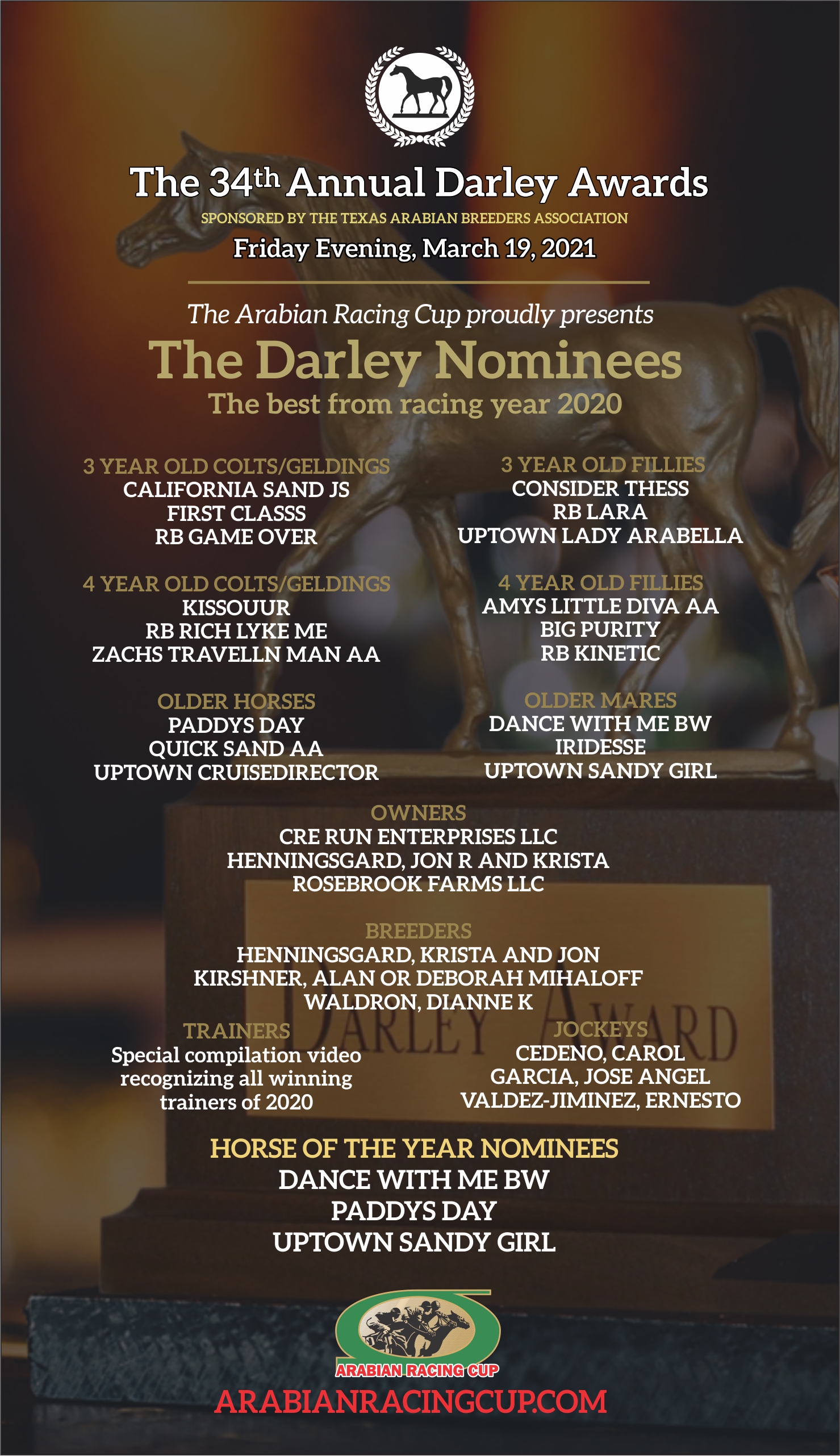 The ARC Board of Stewards has organized a team of presenters in four different continents who have broadcasted horse racing’s biggest events – from the Kentucky Derby to the Epsom Derby to the Dubai World Cup to the Amir Sword Festival to the Darley Award Stakes – to recognize the best in Arabian horse racing in the United States through the 34th Annual Darley Awards. Below is the list of presenters:

The ARC will be offering a casual, in-person dinner and viewing of the Darley Award Virtual Broadcast at Sam Houston Race Park on Friday evening, March 19th.

This event is free of charge and will follow all health and safety precautions as outlined by the Center for Disease Control (CDC). However, it is strictly limited to the connections (owners, trainers, and grooms) of the horses running the Darley Distaff and/or Darley Sprint.

Additionally, those planning to attend must RSVP by Thursday, March 11th (no exceptions). 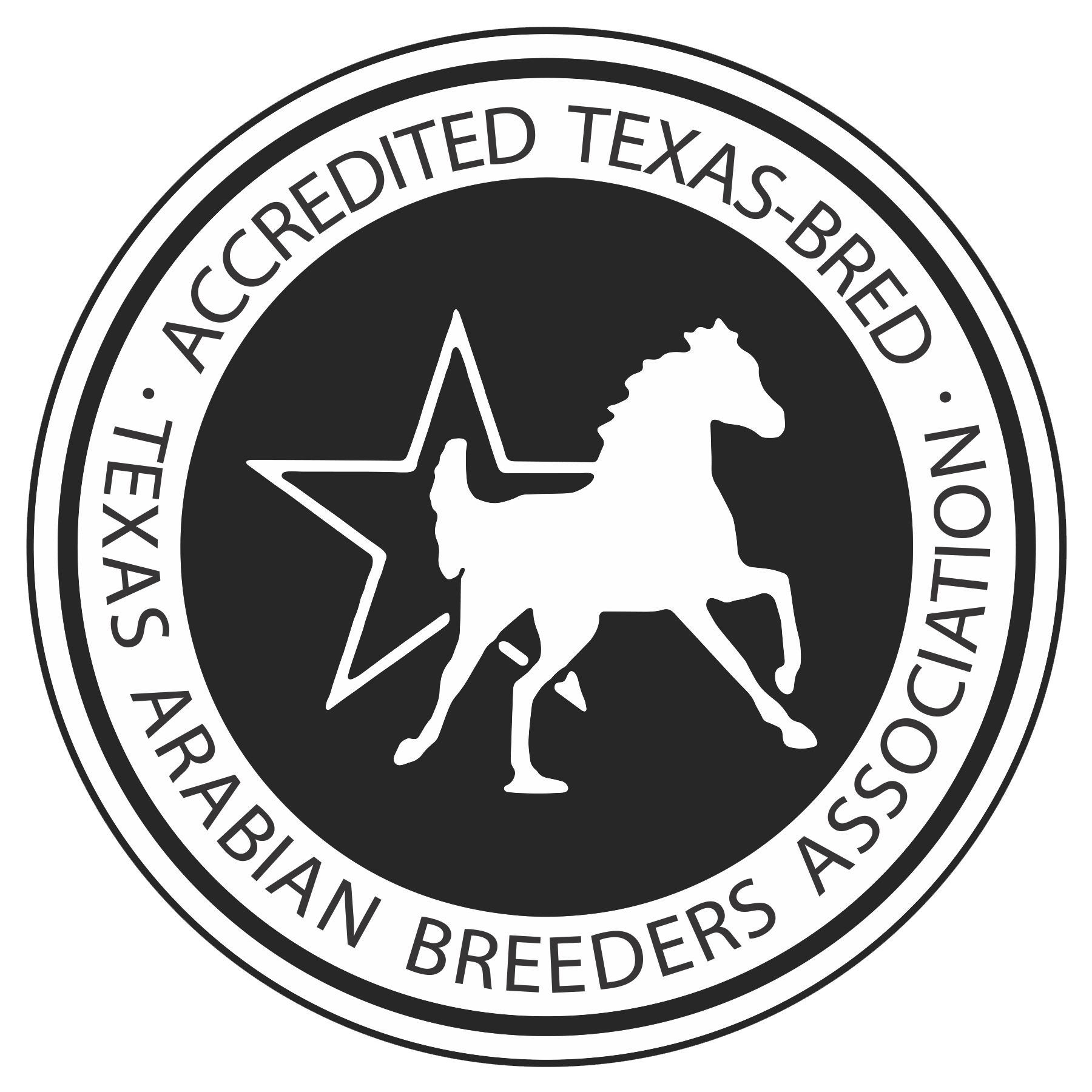 Since the State of Texas offers pari-mutuel wagering on Arabian races with racetracks around the state hosting races for our breed, the Arabian horse is written into the Texas Racing Act as a racing breed along with the Thoroughbred, Quarter horse, Appaloosa, and Paint. TABA is the organization mandated by the Texas Racing Commission to oversee the Accredited Texas Bred Program (ATB) for Arabian racehorses, a breeder incentive program.

Even in challenging conditions of the horse industry over the last decade, Texas Arabian racing has performed quite well. We have continued to strengthen both the Arabian breed's position in the racing industry and the popularity of the racing discipline within the Purebred Arabian market.

We are optimistic about increasing purse monies for the Arabian breed at the racetracks and will continue to make good progress for more racing opportunities. With a solid platform for growth, Arabian racing´s innovative leaders are on track to attract more Arabian racing participants and fans of the sport.

To learn more about why it pays to race in Texas, visit TexasArabianRacing.com.