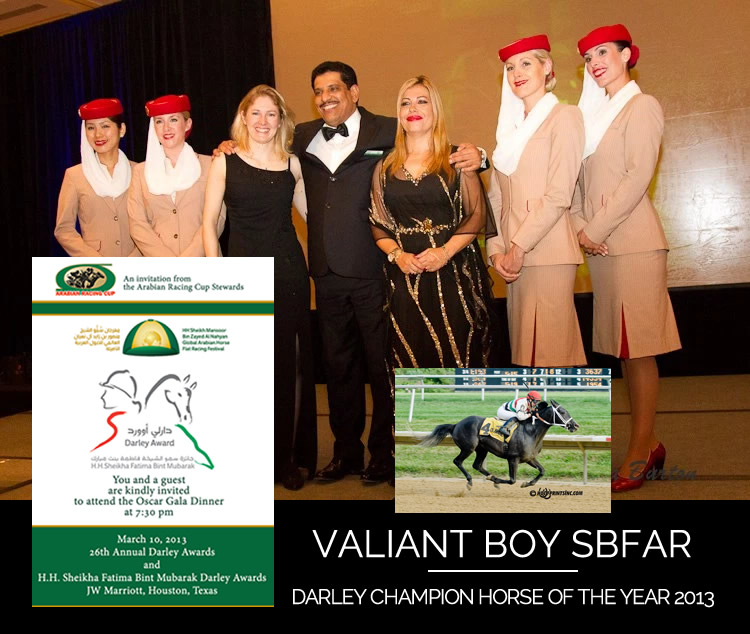 Houston, Texas/ USA - March 11, 2013 ~ The Board of Stewards of the Arabian Racing Cup announces the results of the 26th annual Darley Awards, held March 10th, 2013 at the JW Marriott in Houston, Texas.  Dignitaries and guests from the USA and around the world including Arabian race enthusiasts from Canada, Belgium, Egypt, England, France, Poland, Sweden, Switzerland, The Netherlands, Qatar, Turkey, and UAE were present to enjoy and witness this prestigious event.

Enhancing the excitement of the Darley event evening were the 2nd annual HH Sheikha Fatima Bint Mubarak Darley Awards, named in honor of Her Highness’s generous sponsorship of women’s programs in the UAE and globally,awarded to the five most distinguished women and one outstanding mare in the international Arabian racing community. This year’s highlight was the Lifetime Achievement award,honoringSusanna Santesson of Germany for her significant contribution to Arabian racing. Voted on by an international panel of 11 judges, the HH Sheikha Fatima Bint Mubarak Darley Awards honorees follow: 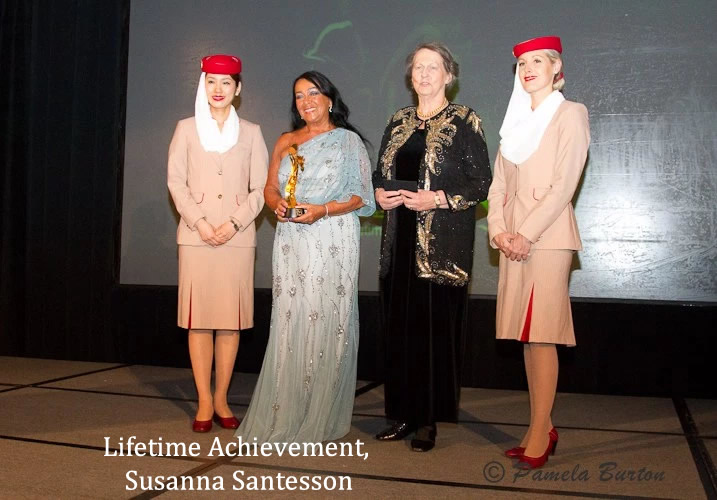